While trying to dump the game marvel strike force. I encountered this error

I have no idea what to do, so i do a google search and found this thread in unknowncheats
https://www.unknowncheats.me/forum/general-programming-and-reversing/355005-il2cppdumper-tutorial-finding-coderegistration-metadataregistration.html
I tried it myself, but i just cant get it to work with the patter creation part. Scrolling down, i found this comment 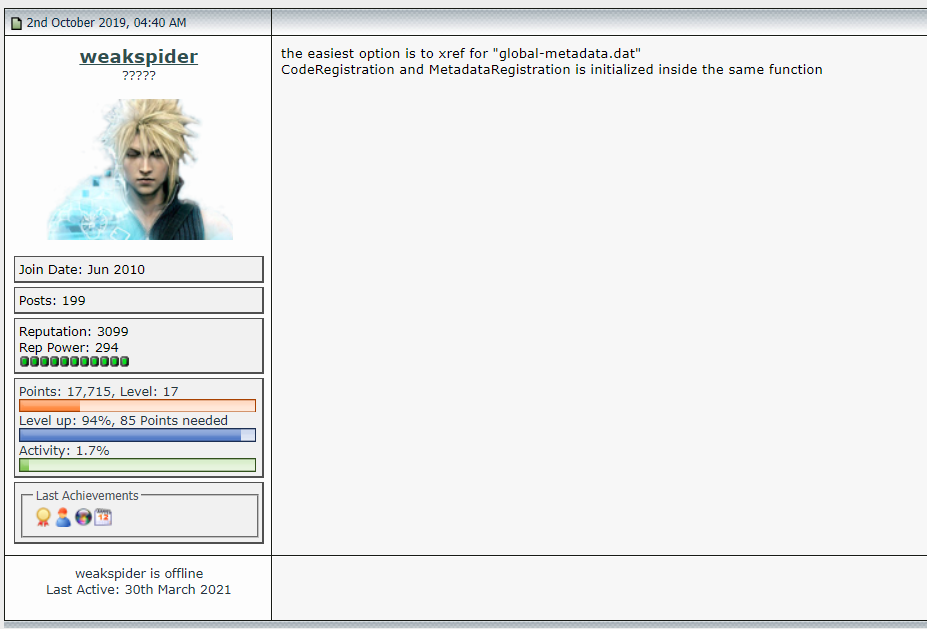 This is really interesting so lets check it out.

Reversing Our Own Game

So i made a blank game, from unity, for android, and compiled it with unity. And then, i opened it up in ida. I went to the strings window, and searched for global-metadata.dat
I looked for cross references and found one

It is referenced in il2cpp::vm::GlobalMetadata::Initialize. This is the function responsible for parsing the global metadata file. Lets look for cross references again on this function and found one cross reference again.

It is referenced in il2cpp::vm::MetadataCache::Initialize. Again, it is not what we are looking for, so lets check for a cross references into this function again.

It has one cross reference. This time, in il2cpp::vm::Runtime::Init

And in there, we can indeed see, what we are looking for.

Note, use the 32 bit version of the game. Idk why but i cant get it to work in 64 bit.
Once again, we searched for global-metadata.dat in the strings window, and searched for cross references on it.

We can again assume that this is il2cpp::vm::MetadataCache::Initialize. Look again for cross references and we found one

We can assume that this function is il2cpp::vm::Runtime::Init. 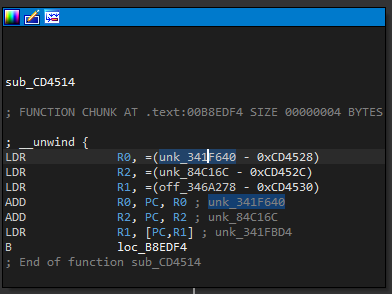 It does look similar on s_Il2CppCodeGenRegistration function. In there, we can assume that the address stored in R0 is the codeRegistration and R1 is the metadataRegistration. Their address are unk_341F640 and unk_341FBD4 which are 0x341F640 and 0x341FBD4 in hex. Now lets try dumping the game with these offsets.

Alternatively, if in any chance, we cant find the global-metadata.dat string, eg its encrypted, we can also start from the function il2cpp_init. 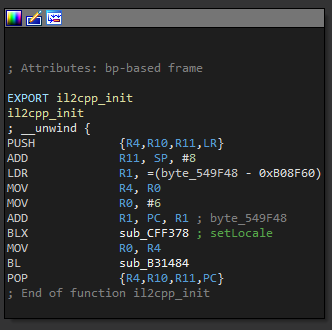 You can see a function call to sub_B31484 which is the il2cpp::vm::Runtime::Init. Scroll down until you see 4.0, and you will know that you are close. 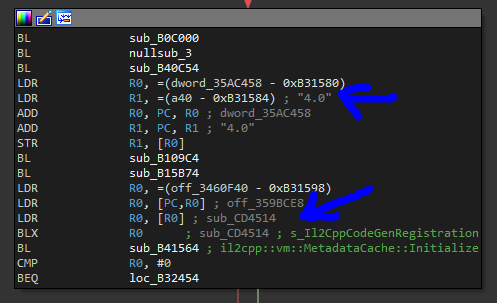 There you have it. This is how you can get the CodeRegistration and metadataRegistration manually. Thanks for reading.